Dapto Seniors was born on 23rd August 1962 as the Dapto Branch of the "Original Old Aged and Invalid Pensioners Association" and from that modest beginning of 45 members the club has grown. In 1967 Dapto Citizens Bowling Club offered the Seniors its clubhouse building for a nominal $1.00. The building was eventually moved along Fowlers Road to Heininger Park and officially opened by Mr Rex Connor MHR on 2nd December 1967. It was situated on the eastern edge of what is now the Heininger House car park. 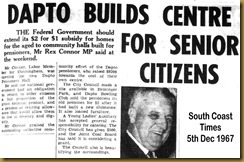 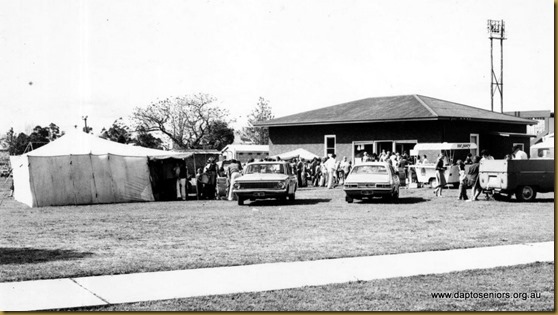 Members lobbied for a new Senior Citizens Centre as the membership outgrew their clubhouse which served them well for nearly 20 years. Their efforts resulted in Heininger House being built for Dapto Senior Citizens and on the 5th July 1985 the now named "Dapto Combined Pensioners and Senior Citizens" moved into the wonderful new premises. 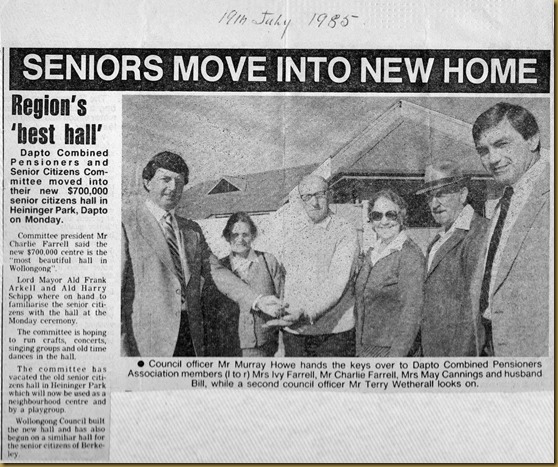 From 1985 to 2001 the seniors club managed the building - letting various rooms for community groups and people from all walks of life. It was run by a management committee comprised of a majority from the Senior Citizens and a minority representing other local community organisations.

Despite being occupied in 1985 Heininger House was not officially opened until 1988. 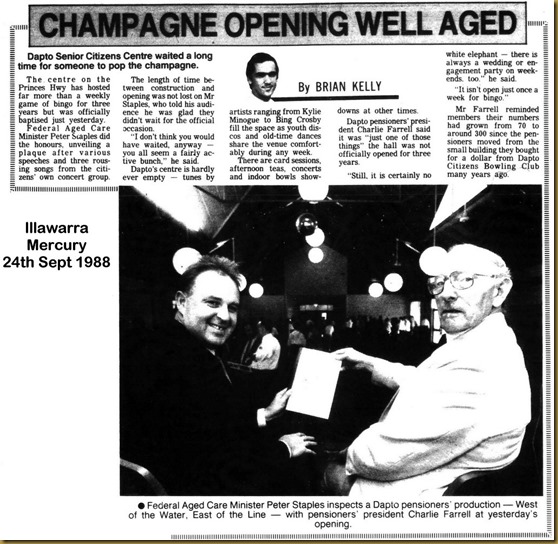 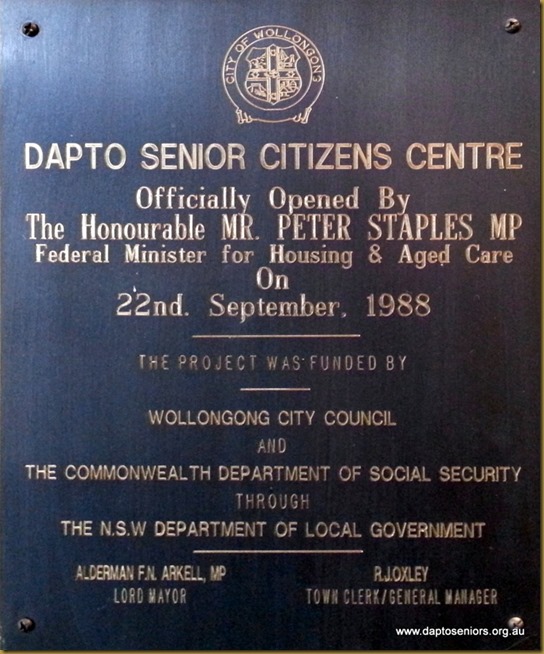 After early struggles the management committee ran the premises at a profit and, as will be seen later, were able to hand over a considerable sum of money to the Council in 2001.

At the beginning of the new millennium the committee was approached by Council Officers who asked if the council could run the premises after the construction of the proposed Ribbonwood Centre was completed. At this time the construction of the Ribbonwood Centre was completely divorced from Heininger House, indeed the management committee was unaware that the new buildings were actually going to abut the hall. The Council indicated that they would like to take over the day to day running of Heininger House and negotiations commenced in 2000. The council made many promises to the seniors and on the 1st July 2001 Dapto Seniors handed over the running of Heininger House together with the sum of $48819.00 which had been accumulated by the management committee.

Since then Dapto Seniors has co-operated with the Ribbonwood management in the smooth running of the centre but have never forgotten that Heininger House was built for the Senior Citizens of Dapto.