The 2012 Biennale of Sydney

On Friday the 27th July the walking group met at Dapto Railway Station to travel to Sydney. On this occasion the group were visiting the Biennale Exhibition on Cockatoo Island.

The train took the group to Martin Place Station where they walked down to Circular Quay for breakfast. After the small meal they caught a ferry to the island. 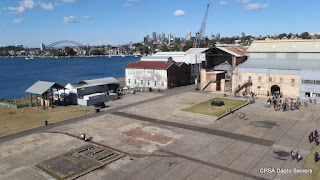 The exhibits were scattered throughout the various buildings, some of the art was much enjoyed by the group, some just confused, while other pieces left them bemused. Whatever their reaction everybody enjoyed wandering about this old industrial site taking in the sights and sounds. 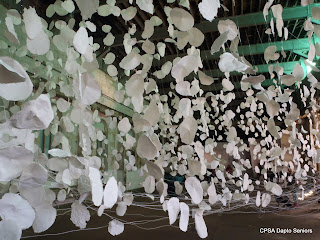 The group had bought their own lunch which was eaten overlooking the harbour on a glorious winter's day, the weather was perfect. 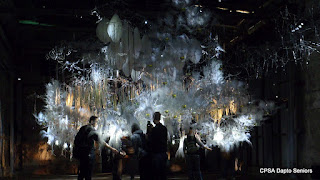 After exploring the island and visiting as many of the exhibits as possible the group returned to the wharf to catch the ferry back to Circular Quay where they, once again, returned to Martin Place for the train back to Dapto. Everybody had an enjoyable day and decided to return in two years time. 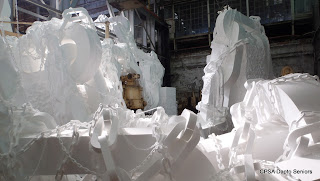